Our clients guarantee that we need to trust! 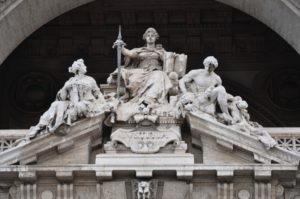 Many Ukrainian companies have faced illegal takeover of their property or unlawful actions by the law enforcement authorities. Moreover, illegal takeover of companies is often supported by unlawful actions of the government authorities, and the attorney assisting the customer in these two areas must have not only legal knowledge, but also many other skills.

For instance, illegal takeover of companies generally goes hand in hand with the PR campaign against the legal owner of the property, so the attorney must concurrently be a lawyer and know how to communicate with journalists, express the opinion briefly and clearly, including the unamicable mass media that may be engaged by the perpetrators of the illegal takeover. It is very difficult to acquire these skills, which come with practice only.

An illegal takeover is associated with numerous court decisions of various jurisdictions, so the defence must be based on excellent knowledge of different branches of law, including criminal one, as perpetrators of the illegal takeover often try to sue the owner or officials of the company they are trying to accroach.

Our company has returned a lot of property to its legal owners, which we are rightly proud of. We are well experienced in combatting illegal actions of the law enforcement authorities, which often abuse their powers. It can be either numerous inspections or more extreme actions, for instance, searches, summons for questioning and attachment of property or accounts.

Professional protection of the company against such actions is of paramount importance. Proper operation of the company often depends on adequate response from the very beginning of interaction with representatives of the law enforcement authorities, development of documents, appeal from unlawful actions and documents and defence of your position in court.

That is why we regularly participate in business protection seminars as speakers because the work with the company’s staff, which must not only be aware of their rights, but also not be afraid to exercise them, is of no small importance.

The long-term habit of holding workshops for corporate senior executives demonstrates that minor staff do not know fundamental law rules, make numerous mistakes in interaction with the law enforcement authorities and, therefore, create additional problems, which could be avoided.

Designated officers of the company should have the telephone number of the attorney with whom the legal aid agreement has been concluded, and the staff should know clearly what to do in any complicated legal situation.

Our company’s specialists have resolved dozens of disputes and appealed from dozens of actions of the law enforcement authorities.

We know for sure that the ability to exercise your rights properly reduces the scope of obligations.